"Man differs from other animals in that he is very apt to imitate and it is by means of imitation that he acquires his first knowledge" (Aristotle).

Imitation plays a crucial role in learning and consolidating behaviour. If a child begins to use a toy, it immediately becomes the object of desire of his or her playmates. Observational learning is also present in adulthood, although objects of desire evolve. During lockdown, in France and elsewhere, a sudden craze for homemade bread-making has been revealed by the explosion of recipe sharing on social networks. Everyone was getting their hands dirty, consolidating this trend. The result: a shortage of flour in supermarkets!

But what are the exact psychological mechanisms of imitation? Does imitation have a direct impact on our choices without being associated with our behavior in the long term, or does it have a more lasting influence on the value associated with each action? This is the question asked by the Human Reinforcement Learning team led by Stefano Palminteri at the Laboratoire de Neurosciences Cognitives et Computationnelles (LNC2)

The researchers studied the behaviour of pairs of volunteers engaged in a trial-and-error learning process in a social context. Each had to learn which of two identical symbols was the most rewarding and the most profitable. Sometimes, it was possible to observe the other participant's choice. The reward associated with the other participant's choice was unknown. The choices shown could be mostly the choice of the "best" symbol. Thus, imitating this choice would be beneficial, or vice versa. A computational approach allowed the authors to compare the different possible ways in which imitation is implemented in the brain.

The results, which have just been published in the journal Plos Biology, reveal that imitation has a lasting impact on the value associated with a share. It is not simply the decision to choose this action that is favoured, but the value associated with this action is modified. But imitation is not blind! A participant making the least favorable choice will gradually lose the confidence of the other player and will eventually not be imitated.

However, the opposite is also true: a choice will be imitated more if it is consistent with what one thinks. This can lead to confirmation bias, the tendency to prefer information that confirms our own beliefs (a tendency highlighted by the same team in a previous study)

Anis Najar, PhD in Robotics and Artificial Intelligence, first author of the publication, explains that the study of social learning mechanisms not only allows to better understand human interactions, but also to design new methods of human-computer interaction. "As we will increasingly interact with artificial intelligence, it is important to establish interaction protocols adapted to each individual, while measuring the impact that these interactions can have on the cognitive level, especially in vulnerable people such as children or the elderly."

Stefano Palminteri, who directed this study, adds that "these results, obtained in a highly controlled experimental setting, provide a better understanding of the mechanisms underlying imitation. They can be used as a basis for explaining more complex phenomena such as the propagation of fashions or fake  news".

"We can assume that these results will also be transposable to clinical research, to better understand certain psychiatric pathologies that lead to disorders in social interactions, such as autism or personality disorders," Stefano Palminteri adds. Indeed, it has already been observed that depressed people, without suffering from a characterized depression, are less prone to imitation. 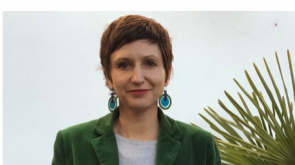 Adios Corona, a group of scientists to inform about COVID-19. Meeting with Charlotte Jacquemot. 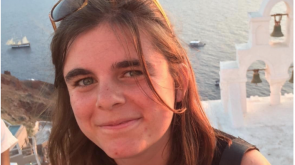 A gap year to explore the cognitive science applied to education 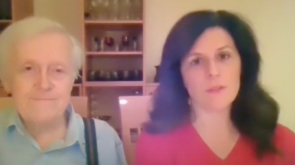