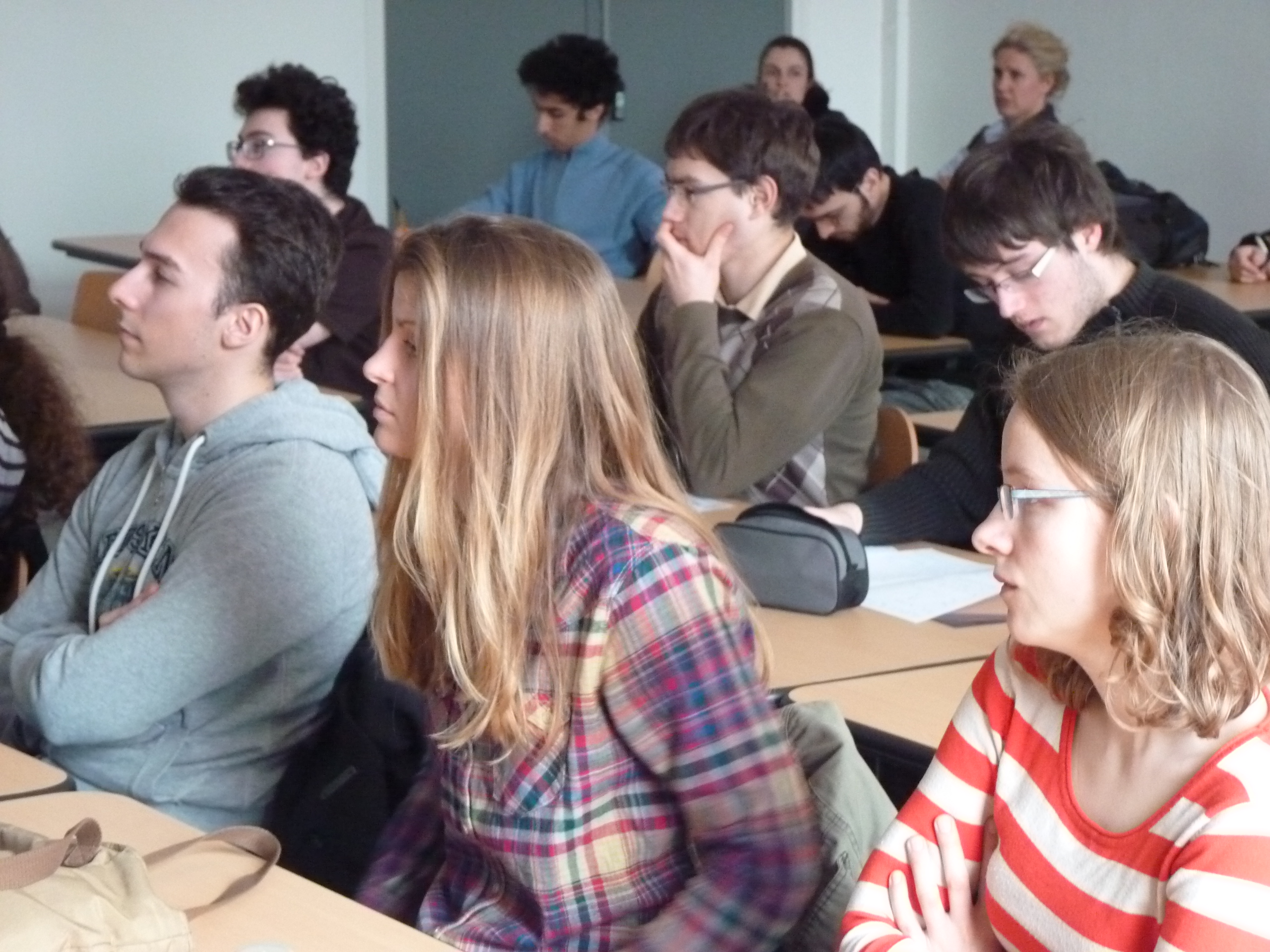 The Department for Cognitive Studies (DEC) admits students who will obtain the “diplôme de l’ENS” in any cognitive science discipline (note that this diploma is not equivalent to an MSc). We particularly, though by no means exclusively, welcome applications in the fields of psychology, linguistics, biology, mathematics, computer science, physics, as well as philosophy and social science. We admit students with a university background as well as those who have studied in French preparatory schools (in the fields of science, economics and business, and literature).

For third year undergraduates (L3), we recommend that students with a biology, physics, mathematics, computer science, or economics background also submit applications to the department corresponding to their initial education, keeping in mind that it is possible to be simultaneously admitted to both departments.  In such cases, the L3 year is mostly spent in the other department, but the student may also attend DEC courses and may do an internship in one of the DEC’s research labs.  Those courses count towards the diplôme de l’ENS.  It is still possible to be admitted exclusively to the DEC, especially, though not exclusively, for students from psychology, philosophy, or social science.  Such students obtain their undergraduate degree from a Parisian university, while also taking courses and doing internships at the DEC, which count towards the diplôme de l’ENS.  After the third year of undergraduate studies, students are encouraged to join the DEC’s master of cognitive science (Cogmaster).

For first year master’s students (M1), applicants must also apply to the master of cognitive science (in addition to the diplôme de l’ENS).