Back to top
New Ideas In Mathematical Philosophy

The workshop is organized by Denis Bonnay (IRePh / Paris Nanterre) and Paul Égré (IJN / ENS). It is financed by the program New Ideas in Mathematical Philosophy (EUR PSL Frontiers in Cognition) and the Institut de Recherches Philosophiques.

In this talk I want to show why the notion of uniqueness in the larger framework of proof-theoretic semantics leads to problems in a bilateralist setting. Uniqueness as a requirement for a connective means that characterizing the inference rules of a connective amounts to exactly specifying its role in inference. However, whether duplicated connectives are uniquely characterized by their set of rules (i.e. whether they are synonymous), is related to the logic, and in particular, to the specific consequence relation. If so, assuming on a bilateralist view that one consequence relation is not enough but that we need one for provability and one dual provability, this raises the question whether in a bilateralist proof-theoretic semantics framework we are able to uniquely characterize the connectives or whether this leads to different meanings depending on whether we prove or refute. I will propose a modification of our characterization of uniqueness with respect to a dual consequence relation with which we can maintain uniqueness in a bilateralist setting.

It is widely accepted in pragmatics that conversational implicatures differ from logical consequences of propositional content in many aspects.

I will present an epistemic model for Q-, R- and M-implicatures, which describes different abductive mechanisms for these types of conversational implicatures.   Also, I will demonstrate that it is possible to make a distinction between two kinds types of R-implicatures which differ in the logical form of abductive reasoning.

This paper develops a Weak Kleene system, W K3 + O. W K3 + O is a sub-classical semantic framework where the ought-operator, O functions in a very funny and infectious way. I apply this seman- tics to well-known cases in meta-ethics – cases in which embedded O-sentences are present – viz., the Special Hume no-ought-from-is thesis, Prior’s dilemma, and the Frege-Geach problem. I prove three results: (i) the Special Hume’s thesis is W K3+O-valid, (ii) one of the horns of Prior’s dilemma is W K3 + O-invalid, and (iii) the argument leadingtotheFrege-GeachproblemisalsoWK3+O-invalid. Finally, I sketch a non-cognitivist meta-ethics from these results.

In this talk I want to show the features of the debate on the nature of ‘consequentia’ between two scholastic authors – W. Ockham and W. Burley. First. I would draw a distinction between two divisions of ‘consequentia’ - ‘natural/accidental’ consequences and ‘material/formal’ consequences. In this framework I will focus on the W. Ockham’s view on the 'Ex impossibili' consequence. I will try to show that Ockham’s view is depend on his discussion with W. Burley and, thus, it is fruitful to consider the 'Ex impossibili' in the context not just of ‘material/formal’ distinction, but also in the context of the ‘natural/accidental distinction.

I address the problem of the interdefinability of various modal operators used to represent the notion of ignorance. In the literature on epistemic logic and knowledge representation, there exist at least three approaches to deal with the notion of ignorance: the Standard View, the New View and the Logical View. From a formal perspective, the Standard View suggests that ignorance of a proposition is reducible to the negation of knowing this proposition. Ignorance in this case is fully definable by the standard K operator, used to represent knowledge. The New View and the Logical View represent ignorance via primitive modalities: the non-consistency operator and the contingency operator, respectively. These two operators are not interdefinable with the standard K operator in all frames, because they distinguish less frames, than K. However, the interdefinability result can be obtained, once the consequence relation is modified. I argue that such an interdefinability is not necessary. To show this, I provide a sound and complete logic for ignorance, where ignorance is represented by a primitive operator I, which is not interdefinable with K in a non trivial setting, even by restricting the consequence relation.

Modal Characterization Theorem by J. van Benthem, having shown the basic modal logic to be exactly the bisimulation-invariant fragment of first-order logic, has become a template for many similar subsequent results. We will survey some of these results focusing on those related to intensional propositional logics representable as fragments of classical first-order logic without equality. We will compare the body of known results of this kind  to a generalization of Modal Characterization Theorem as presented in [1] and will discuss some cues to its further extension present in the existing literature on the subject.

In their series of papers, Pablo Cobreros, Paul Egre, David Ripley, and Robert van Rooij develop an interesting approach to various paradoxes, such as Liar’s and Sorites. The language they deploy in their discussions, however, does not include modal vocabulary. The aim of this talk is to present one possible approach to enrich the project of Cobreros-Egre-Ripley-van Rooij by adding some basic modal vocabulary. To this end, I will build on the ideas and techniques of discussive logic invented by Stanislaw Jaskowski. My focus will be mostly on semantic aspects, but I will briefly discuss some issues related to proof theoretic aspects as well.

A theory of substructural negations as impossibility and as unnecessity over bi-intuitionistic logic has been developed by Takuro Onishi (2015). Onishi notes two problems for this theory and offers the identification of the two negations as a solution to both problems. The first problem is the lack of a  structural rule corresponding with double negation elimination for negation as impossibility, the second problem is a lack of correspondence for Ockham negation. I will present a variation of Onishi's display sequent calculus that sheds new light on the first problem and Onishi's solution to it. The reformulated sequent calculus is motivated by considerations on proof-theoretic semantics.

I will start with an observation of the Pietz and Rivieccio exactly true logic (ETL) being a four-valued Balnap-style logic whose consequence relation preserves only one designated value T. In so doing, I will sequentially consider some interesting semantic properties of this logic and the peculiarities of its axiomatization proposed by Pietz and Rivieccio. An alternative axiomatization of the same logic as a two-level bi-consequence system was developed by Shramko, Zaitsev and Belikov. It appeared to be a calculus with two organized subordinately consequence relations: the first one, so to say, 'ground' relation serving as a basis for the second 'main' relation. Also, we have put into circulation a standard binary consequence system and proved the deductive equivalence of these two calculi. However, the problem of finding a direct completeness proof for the latter system remains open. In my talk, I will present two ideas of solving this problem and discuss corresponding machinery. 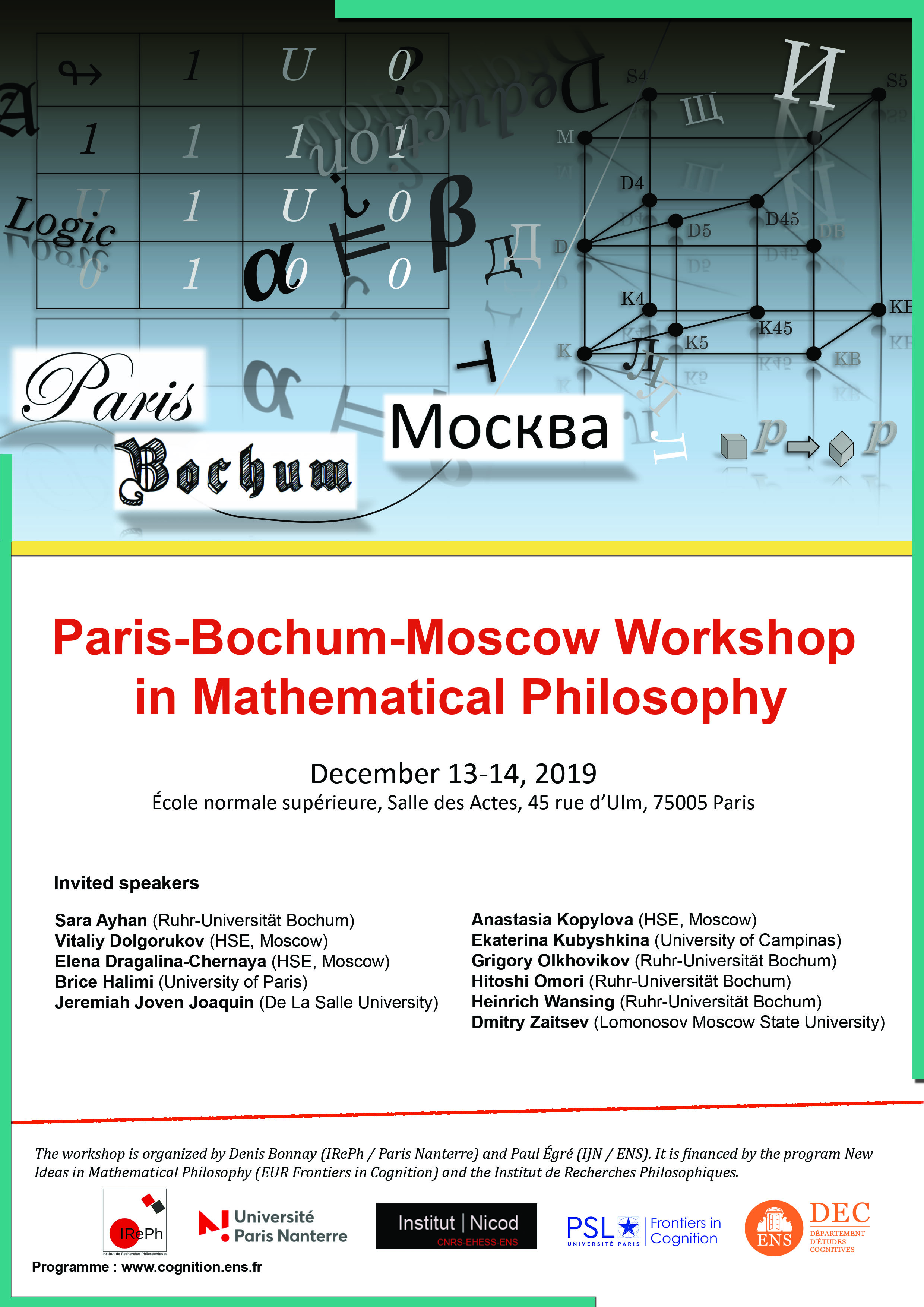