Our ordinary visual experience seems to involve frame of reference phenomena.  To use an example of Wittgenstein’s, you can imagine two stars circling one another in a pitch-dark sky.  The positions of the stars relative to one another stay the same; their absolute locations change.  It’s as if there’s an unseen set of axes with respect to which vision is locating the stars.  On one view, this frame of reference is supplied by the shared language.  Speakers of languages that use different frames of reference will have different visual experiences.  Stephen Levinson has argued for this view over many years.  For human subjects, it’s also true that the space of visual experience is a geometric space; it’s the space about which we reason geometrically.  Again it’s arguable that this aspect of visual experience is grounded in our understanding of a shared language; Elizabeth Spelke has argued for something like this view.  But if our visual experience is grounded in the shared language, there’s a basic puzzle about how we have the notion of an objective space at all.  In this lecture I lay out the puzzle and look at possible responses.

Perceptual experience has a certain finality, in this sense:  when you see something happen, it’s happened, and it’s now beyond the reach of agency whether it happened or not.  In ordinary perceptual experience, the time-order of the world unrolls before us, and things in the past can’t be changed.  This seems to be an immediately recognizable and pervasive aspect of human experience.  I argue that this is not so for much of animal perceptual experience.  Consider for example a hypothetical animal the temporal structure of whose experience is grounded entirely in its possession of a circadian clock.  The clock can represent only phases; a honeybee, for example, might be able to represent only, ‘marmalade on the balcony at 10.00am’, without making any distinction between 10.00am on one day and 10.00am on another.  Here the time of day is a repeatable phase, and the animal could in principle act to affect whether there is marmalade at 10.00am; any limitation on its powers in this regard is not due merely to the temporal location of the marmalade.  The ‘finality’ of human perceptual experience is not shared by this animal.  I argue that this point is not affected when we consider other timing systems generally found in animals.  The finality of ordinary perceptual experience seems to be grounded in our grasp of a shared language in which temporally structured narratives of events can be generated.

There is a certain complexity in the ordinary perceptual experience of using a tool, at any rate in the case of what I’ll call ‘intelligent’ tool use.  In intelligent tool use, your awareness of the causally relevant physical characteristics of the tool and your target are what guide your use of the tool to perform a given task.  If you’re using a chisel to shape a piece of wood, for example, your awareness of the sharpness of the blade of the chisel, and the texture of the wood, inform your use of the tool.  They do so in a structured way; a skilled tool-user is using the tool in a way systematically responsive to variation in properties like sharpness and texture.  Although the intelligent  tool user has to be systematically responsive to those characteristics, though, they enter experience only recessively; the attentional focus of the tool user will typically be on the characteristics of the target they are attempting to modify.  One of the contrasts between animal tool use and human tool use is that animal tool use generally does not seem to be intelligent in this sense.  In this lecture I elaborate on that point and look at the relation between intelligent tool use and grasp of a structured language.

In a recent book Imogen Dickie has grounded singular reference in what she calls ‘the mind’s need to represent’.  I argue that her talk of a ‘need to represent’ should itself be located our need for cooperation and collaboration, needs that Michael Tomasello has argued are the source of all distinctively human aspects of cognition.  On this way of thinking, it’s wrong to approach the theory of reference solipsistically; reference to objects is, rather, grounded in our use of a shared language.  This lecture looks at the joint attention that is arguably the foundation of referential thought.  I discuss (a) how to characterize the ‘openness’ that is characteristic of joint attention – the way it is ‘out in the open’ between you and me which object is in question and what we are about with respect to it, in ordinary cases of joint attention; (b) an argument that joint attention, rather than Gricean intentions, should be regarded as the ground of referential communication, and (c) the sense in which joint attention should be regarded as the epistemic basis for our capacity for imaginative understanding of one another. 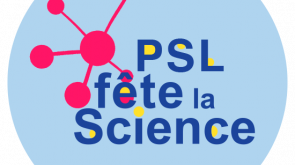 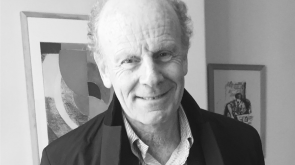 The Jean-Nicod Lectures: promoting interactions between analytic philosophy and cognitive science in France 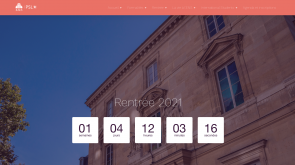 Start of the 2021 academic year at the ENS-PSL