CNRS researcher and co-director of the Collective Intelligence team at the Institut Jean-Nicod, Brent Strickland is the initiator of a new series of online lectures that aim to bring together decision makers and entrepreneurs with top-level behavioral scientists working with empirically solid techniques that can be applied to improve real world outcomes. 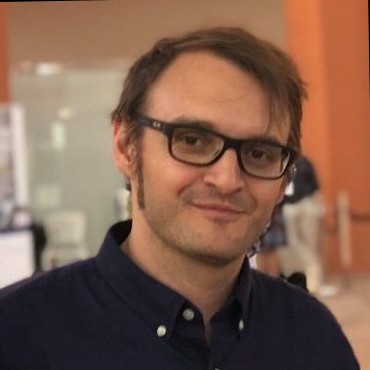 Brent Strickland's work focuses on a set of cognitive systems universal to all cultures that emerge early in human development and are often preserved, to some extent, by natural selection. The researcher is investigating how these « core » cognitive systems continue to influence our lives into adulthood by conducting basic research looking at how core cognition influences perception and language, as well as through applied research.  The latter is carried out by the Applied Cognitive Scienceresearch group within the Collective Intelligence team, which is interested in how core cognition influences societal behaviour on a large scale. More specifically, the group is working on topics such as (mis)information sharing, New tools for data collection on the African continent, organizational transformation and improved strategic decision making, and measuring and improving individual and collective “Football IQ”*.

“The team collaborates heavily with the Africa Business School at the University Mohammed VI Polytechnic (UM6P) in Morocco, where I am an affiliate professor, and the School of Collective Intelligence (also at the UM6P), where I am one of the co-founders. Hugo Trad (these bourse CIFRE), Gafari Lukumon (co-tutelle de these with the UM6P), and Jakub Sobolewski (research assistant) are core members of the applied group”.

In the context of this research group, Brent Strickland has launched a webinar series, which began this November, on how a deeper understanding of the human mind can have a societal impact. The lectures cover broad topics such as "misinformation, morals and marketing on social media, improved decision making and organizational change and new technologies which augment the cognitive performance of individuals and groups”.

These webinars have multiple ambitions. The lectures, which are open to all, are intended to appeal to and be of interest to a wide and diverse audience. The group's director also adds that “the current and future projects we are focused on overlap with the themes from the Applied Cognitive webinar series. This overlap increases the stakes of the talks given that ideas that emerge through the presentations and discussions can be easily translated to new projects!”

In addition to being open to a wide audience and enriching the team's projects, this new online lecture series is interested in fostering diverse human connections across continents, areas of activity, and areas of expertise that will lead to new research ventures. "The goal of the on-line talk series is to bring together decision makers and entrepreneurs with top-level behavioral scientists working with empirically solid techniques that can be applied to improve real world outcomes." To further this aim, Brent Strickland emphasises the interdisciplinary nature of the speakers: " Our speaker list and audience members include at least three types of profiles: researchers from the cognitive and behavioral sciences, entrepreneurs and decision makers from large organizations, and socially engaged actors”. Moreover, thanks to the American researcher's close collaboration with UM6P, the talk series brings together research communities and communities of practice from France and Morocco, “a mixture which is fairly unique!”

An international and diverse programme

After the first seminar in November, Hualin Xiao will present her work on understanding gender bias and stereotypes on Thursday 9 December. This work looks in particular at how people’s moral values and language may influence their perceptions of gender. "Hualin, who is on the verge of completing her PhD under my and Sharon Peperkamp’s supervision at the ENS-Ulm, also worked with the School of Collective Intelligence at the UM6P in Morocco during her thesis. She has additionally been pursuing some ground-breaking work with Fatima Zamba, Ilies Kourkouss, Dr. Muhammad Malik (ABS/UM6P), and Dr. Florencia Devoto (SCI/UM6P) which attempts to precisely measure (via the “CV testing” method) the degree of discrimination that women may face in the Moroccan workplace. Some of the initial results of that study have been both surprising and informative, by suggesting that gender bias may not be as prominent as many believe”.

For the first seminar of the year in 2022, on 13 January, Arvin Jagayat (Ryerson University) will present his new open source Mock Social Media website tool. “He designed this tool to allow experimentalists to design and carry out experiments meant to assess how possible modifications to popular social media platforms like Twitter, Facebook, etc.. would likely impact user behavior. For example, he looks at the impact on the likelihood of sharing incorrect information or the likelihood of exhibiting abusive behaviour on the network”.

Seminars are already scheduled until next June, dealing with topics as diverse as online hostility, fake news or open science. "Really the entire set of talks is likely to be fascinating and of wide appeal. So I really encourage people to check out the full series!”

*”Football IQ" is considered to be the game intelligence of football. It takes into account motor intelligence, the ability to anticipate what is going to happen on the field and decode the behaviour of partners, empathy, etc. Collective intelligence, which goes beyond the level of the individual and considers the whole team, is a primordial component of this football IQ that allows for fluid interactions.

The webinar on applied cognitive science is jointly supported by the ENS, PSL, Institut Jean-Nicod, CNRS, the Africa Business School (UM6P), the School of Collective Intelligence (UM6P) and the TESaCO project of the Académie des Sciences Morales et Politiques. 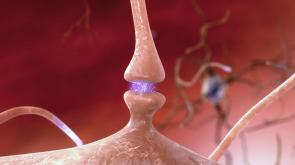 A synaptic receptor involved in the emergence of aberrant beliefs 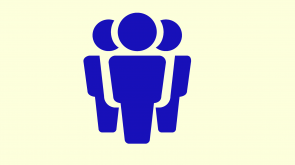 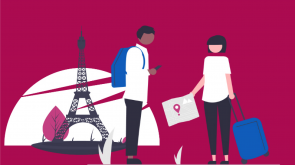